Blue Cross Blue Shield (BCBSA) offers plans to more than 110 million persons through 34 separate companies, and on nearly all State and Federal Health Insurance Exchanges. Open Enrollment of individuals, families and businesses begins in November each year, although plans are offered year-round with an SEP exception. Medical coverage is offered through a network of brokers and reputable websites like ours in every state. Coverage can also be purchased directly through the local carrier. 170 additional countries throughout the world are part of the BCBS trademark and many ancillary products are offered.

Group policies are offered through large and small employers, and Senior Medicare plans (Advantage (MA), Medicare Supplement, and Part D prescription drug) are available in all states. Their Federal Employee program covers an additional 5 million persons. More than 95% of the nation’s hospitals accept network coverage, and provide substantial discounts to existing customers. The same percentage of doctors and specialists participate in a network, and are able to offer significant cost reductions. International coverage is also available.

Previously absent from most of the Marketplaces were Aetna, Cigna, Humana, and UnitedHealthcare, four of the largest health insurers in the US. Currently, they are active in every state, offering consumers choices of many types of private and Senior Medigap policies. Aetna, UnitedHealthcare, and Cigna have expanded their Exchange coverage area and offer 2022 plans in many states. Ambetter (Centene) also offers Marketplace plans in several states.

Another giant carrier, Kaiser, is only active in several states, while many smaller carriers, such as Ambetter and Oscar operate in a handful of states.  Oscar, a newer company, is slowly expanding into additional states, and increasing their service area in Ohio. Medicare Supplement (Medigap) plans have not been significantly impacted by legislative changes. Most of the recent changes affect applicants under age 65. 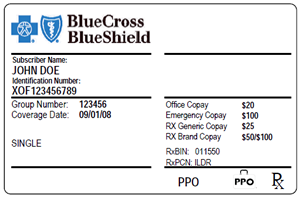 The Blues companies are the most recognizable name of all carriers. They insure more persons than any other company and offer plans to children, adults, Seniors, self-employed persons, small companies, and large corporations. They will continue to succeed if they offer affordable health insurance prices and of course, put some profit in their pocket. Can this continue? Yes. Especially if  healthy young persons enroll in the Marketplace…and of course, stay out of the hospital! By negotiating lower pricing from physicians, specialists, medical facilities, and hospitals, consumers that purchase their products often enjoy lower out-of-pocket costs.

Their track record is impressive. For about 80 years, policies have been offered in all states, and just about every county in the US. Although some Blues companies are “for profit,” and others aren’t, it’s still the most recognizable name in the industry. Between call centers and retail sales locations, you can purchase a policy from multiple locations, including our website which gives you direct pricing. Although temporary coverage is generally no longer offered by BCBS, ancillary plans, such as dental, vision, and hearing, are available privately or through an employer.  Large group and small group healthcare coverage can be easily customized to match employee needs.

Colorado – Anthem BC and BS of Colorado

Missouri – BCBS of Kansas City and Anthem BCBS of Missouri

In many areas, they are still the biggest player, including large states California, Florida, New Jersey, Michigan, New York, Pennsylvania, and Ohio. Several of the states that they are not the largest provider include Hawaii, Maryland, Nevada, Oregon and Utah. In  secondary medical coverage, they are still not the major force that they would like to be. But that could change by the end of the decade, as additional ancillary products are introduced. Short-term plans have been offered in many areas with limited covered pre-existing conditions. Although not ACA-compliant, temporary plans are offered outside of Open Enrollment periods.

Although BCBS is seeking to to expand their market share, growth, and potential, other big carriers, such as Humana, Aetna, and UnitedHealthcare, are taking a more cautious approach. They’ll carefully study Marketplace results in their target states, and determine which areas to offer plans for 2023. It’s also possible these carriers will continue to underwrite additionally non-Exchange plans. Short-term coverage continues to expand, and if profitability remains high, the Blues companies may expand offerings in additional states. Recently, in Ohio and Indiana, temporary plans began to be offered with some pre-existing conditions covered. 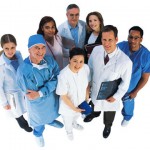 Since BCBS can not increase Exchange plan premiums because of pre-existing conditions (other than smoking), there have been many unhealthy applicants that have been required to be approved, that were perhaps declined seven years earlier. So to offset the large anticipated increase in claims, it’s critical, as mentioned earlier, that a large amount of persons under age 30 purchase coverage, since they are unlikely to have many claims. Catastrophic plans are offered that provide three (or more) pcp office visits with a low copay.

So how can the Blues reach out to the younger segment of the population and convince them to purchase a policy, especially when many of them have never bought coverage before. One way is educating consumers about the specifics of benefits they will receive, and the federal tax subsidy that could drastically reduce their premium. Maternity and treatment and counseling for mental illness are covered, which is appealing to many younger applicants. Federal subsidies increase each year, which as helped keep premiums steady, and in some states, occasionally reduce.

In several states, there already are community outreach programs in place, which include churches, local business organizations, soup kitchens and volunteer groups. These groups of people not only potentially increase the number of customers Blue Cross Blue Shield will write, but they provide easier access of information to many persons that aren’t aware of their healthcare options or are not actively utilizing the internet. The free education for consumers is available online and often in-person also.

Each State Exchange was previously set up one of three ways. The federal government can control the operation. The state government can control the operation. Or, it can be a partnership of both governments (seven states have chosen this option). Currently, 30 states are federally-facilitated, 15 states are state-based, and 6 states utilize a state-based Marketplace federal platform. HHS performs all duties and functions when federally-facilitated.  State-based platforms can provide their own customer-assistance, partner platforms allow federal-run functions, and state-based Marketplaces perform most functions.

One of the big advantages of a state-run Marketplace is that the local legislature can enact laws that are pertinent to that particular state, as opposed to parts of the country hundreds of miles away. It’s also possible that a state-operated program will simply be less costly and employ more local residents than a federally-operated program. And of course, most consumers have a bigger  influence on a non-federal entity.

Advantage Plans (Part C), prescription drug coverage (Part D), Medigap (Supplement), and Cost Plans (cover Parts A and B) are available. Low-income families and single persons, along with applicants with disabilities, may be eligible for both Medicare and Medicaid.  BCBS, UnitedHealthcare, and Humana together issue more than half of new Medicare Advantage enrollments. Other carriers that issue a significant number of plans include Kaiser Permanente, Cigna, Aetna, and WellCare.

Blue Cross Blue Shield offers plans in all states. They will continue to insure more individuals and families in the Exchanges than any other company. They believe that affordable prices can be offered to consumers and still leave room for a profit. It’s in everyone’s best interest that they are right.