What Is The Future Of Health Care Insurance In The US?

The future of medical insurance in the US. Is there a future? Or are we heading down the path of a single-payer health care system where the government tells you what type of  treatment you will receive, from whom and how long you have to wait for it. Europe and Canada have single-payer systems in place and many people don’t like it. We spend about 18% of our Gross National Product (GNP) on healthcare expenses, and that figure must reduce. Private, group, and Senior benefits are comprehensive, but costly.

However, we believe the next decade will be bright. The US health care delivery system is certainly in a bit of disarray right now. The US also ranks 38th in life expectancy at birth, which is embarrassing. The top five countries are Japan, Hong Kong, Singapore, Italy, and Spain. Rates seem to be constantly increasing, although not at the alarmingly fast pace that we saw in the previous two decades. Although the recent passage of “The Affordable Care Act” has brought us free preventive care and the elimination of lifetime caps, there are still plenty of problems.  And the problems will get worse in the upcoming years.

Obamacare Not Going Away 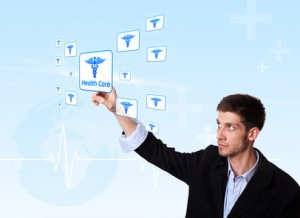 What Is The Future Of Our Health Care?

A huge variable in this  insurance business was the  Supreme Court ruling  on portions of “Obamacare.” After initial arguments were heard from both sides, a ruling was issued on the legality of forcing individuals and families to buy medical insurance. Essentially, the ruling upheld the legislation that makes purchasing coverage mandatory beginning in 2014. Although the ACA Legislation remains in place, the mandate requiring Americans to purchase “qualified” coverage has been removed.

This could also impact the status of the “Exchanges,” which can be set up by each state to help facilitate the purchase and distribution of health care. Most states choose not to create their own Exchange. Although portions of the Act were not struck down (as some had predicted), the new law remains unpopular.

The purpose of the ACA was to being prices down and that has not happened. Although the legislation will be hard to repeal, certainly, portions of the law must be tweaked and changed. Federal subsidies are extremely helpful to low-income households, but many middle-income households pay very high premiums. Employer-sponsored coverage may also have to undergo some changes.

Providing all American citizens the right to purchase coverage without providing evidence of insurability is certainly a positive change, compared to the days when companies could cancel at will. And policies that are offered by the Marketplace are often life-changing events for some consumers that so badly need to be treated by the best US hospitals.  But this brings us back to the problem that won’t go away. Cost.

Unless the new legislation insures enough healthy young males and females, it may be doomed to fail. Here’s why. With so many unhealthy persons now qualifying for coverage, many more dollars will be paid by the large carriers towards treatment and follow-up procedures. Unless more “healthy” persons become part of the pool, there won’t be enough money in the system. It’s indisputable that the vast majority of submitted medical claims come from persons over age 40.

When large companies (UnitedHealthcare, for example) threaten to withdraw from the individual health insurance Marketplace, the decision isn’t based on making too much money! Obviously, the system of guaranteeing every applicant coverage is a losing financial proposition, especially when the system is flooded with unhealthy applicants.

The Health Insurance Exchanges have been created, and although you still purchase coverage through websites like ours, “Marketplace” plans are what you are buying. Mandates (those are benefits you must buy, whether you need them or not) have replaced exclusions, and that’s one of the principal concerns for healthy consumers. Although maternity, mental illness, pediatric dental, and other benefits are absolutely necessary for many households, for many others, it is an unwarranted expense.

Where Do We Go From Here?

But back to the original issue. The future of medical insurance premiums here in the US. Based on my 35 years in the  business, I foresee a bright future for both the consumer and the insurer. I believe there will be increased synergy between the two, as future  contracts will blend a combination of preventive care, tax deductions and monetized incentives to stay healthy. Rates may even start to stabilize, and hopefully reduce. Insurers and policyholders will thrive. And yes, those carriers that threaten to cease offering policies, may be aided by changed in legislation and government funding. 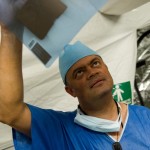 The “new” plans of the decade may be a blend of Health Savings Accounts and government (state and/or federal) “credits” that reward policyholders for their good health and lower than expected claims. However, to take advantage of these credits, all required preventive services must be completed. An HSA combines a catastrophic  insurance policy with a savings account that allows the insured to accumulate tax-free dollars.

A New Concept May Be Coming

It would not be shocking to see future incentives that actually pay you to complete an annual physical and complete blood profile every 12 months. This could occur around 2017 and there’s every expectation to believe it will lower prices. Rewarding consumers with free preventative services may not be enough. Adding a financial incentive could make a big difference in helping reduce the nation’s healthcare costs.

Just imagine if you were able to purchase a policy that covered preventive services at 100%, and provided a negotiated re-pricing on all other medical expenses. Once you meet your deductible, virtually everything is covered with no out-of-pocket expense to you. That deductible is negotiable but typically is in the $2,500 range per person and perhaps $5,000-$7,000 per family. The rate is affordable…perhaps in the $200 per month per person and $450-$750 per month per family.

Get Rewarded For Staying Healthy

But here’s the twist. At the end of the year, your paid premiums and paid medical expenses are totaled. Hypothetically, let’s assume you have a family plan with four persons insured and you paid $6,000 in premiums and had $2,400 in  expenses. The difference is $3,600 and you receive a “healthy bonus” check of 20% or $720. Tax free. A portion of the remaining difference bankrolls the cost of policies that had much higher medical costs than premiums.

For unhealthy households, coverage will still be guaranteed, with an out-of-pocket expense cap. Financial incentives could still be offered, depending on the total medical expenses paid compared to previous years. These incentives would be tax-free for households with income under $100,000.

And perhaps each state could fine-tune this concept to better match the needs of their own residents. A separate pool of money would always be available for persons that were considered “high risk” or were being treated for multiple serious conditions. A specific amount of funds would be provided by the state and federal government to maintain these types of policies. Could it work? Yes. Is this the future of medical insurance in the US? Maybe. We may find out soon.