Health insurance innovations in the last 20 years have been an important factor in driving down medical costs for both consumers and insurers. Recent changes in legislation (state and federal)  have reduced costs and increased efficiency for millions of Americans. And this trend should continue as we discover and implement new methods and techniques over the next several decades. Small business, single, and family plans will be impacted as affordable alternatives and solutions are also introduced. Federal tax subsidies will likely continue to help reduce premiums.

Streamlined billing is one of the biggest advances that has lowered expenses. While the claims process is not entirely paperless yet, it is getting closer to achieving a near-paperless environment. There are many software companies that have committed much time, money and manpower into developing products that many hospitals and physicians now use. Coding of claims is now the rule, rather than the exception which has helped modernize the process. The number of submitted fraudulent claims is also reducing with medical plans and ancillary products. Medicare and Medicaid billing issues are a bigger problem, but some recent progress has been made.

The federal government is also encouraging small and large businesses in the healthcare field to update and modernize their medical records documentation. Hundreds of millions of dollars in aid has become available in grants that provide large incentives to implement changes that ultimately will protect the consumer. Of course, this does not include financial subsidies in the form of instant tax credits that have saved many Americans millions of dollars in premiums. Silver-tier plans are eligible for additional “cost-sharing,” although plans in the catastrophic tier are ineligible for a subsidy. Applicants must be under age 30 to apply for a catastrophic-tier plan.

The solution to many household budget concerns for their medical coverage, has been provided by government subsidies. Pharma prices and value transparency will continue to change, and hopefully lower healthcare costs. Increased transparency of prescription drug costs began to improve in late 2020 and early 2021, and has continued to improve under the Biden/Harris Administration. Health carriers must continue to publish historical net and list prices for consumers. Access must be provided via hard copy or online.

Privacy is always considered, as keeping HIPAA compliance rules and regulations must be understood and implemented. Basic patient data, including charts, medical records, treatment history and scheduled follow-ups must be accurate and secure. Fortunately, this is occurring, with access to personal data  being protected, especially dependent medical coverage information. When dependents leave their primary policy, the protection continues.

The Patent Protection And Affordable Care Act (ACA) not only changed the way medical coverage was purchased and provided, but many privacy safeguards were also implemented. Transparency (patient and physician) has increased along with the accuracy of information that is provided. Many innovative ideas have been introduced that help report, collect, and analyze data. Some of the information is used by carriers to help lower policy premiums and improve access to network providers. Brokers are required not to share personal or financial data.

Change In Number Of Health Insurers 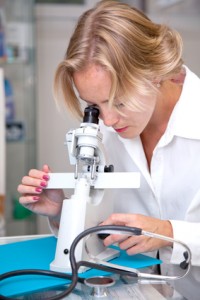 Innovations In Health Insurance Can Reduce Your Rate

Several of the changes we are seeing in the industry is the reduction in the number of health insurers. Currently, the largest carriers are UnitedHealthcare, Anthem, Aetna (parent company is the CVS Group), Cigna, and Humana. They seem well-poised to build their market share as we move into the era of “The Affordable Care Act.” Kaiser, another large carrier, is also increasing their market share in several areas.

Two proposed mergers were not approved by regulators.  Aetna’s merger with Humana, and Wellpoint’s (Anthem) merger with Cigna never materialized.  However, the CVS merger with Aetna was approved. Note: Coventry is a fully-owned subsidiary of Aetna. Many of the country’s co-ops lost substantial amounts of money and no longer offer policies.  It’s not expected that that they will return.

When most policies  began to be underwritten as “guaranteed issue”  seven years ago, administrative and underwriting expenses started to reduce as operations became more streamlined. The big companies hoped to be able to add enough policyholders to their book of business to sustain long-term profitable growth. Even today, it is critical that young healthy persons apply for coverage to help offset the higher incidence of claims submitted by older customers.

In the upcoming years, perhaps their profits wouldn’t be as large, but possibly steady and somewhat more predictable. It’s too early to determine if that scenario will unfold. Carrier mergers  and denied mergers (previously mentioned) complicate the industry. But by 2022, we should have a much clearer financial picture. At that time, a “public option” may become available on state and federal exchanges.

Smaller regional companies face growing major obstacles. In the past, many local insurance companies thrived. They were able to negotiate steep discounts with physicians and hospitals. Since they are located within the community, familiarity plays a big role and both provider and insurer benefit. And of course, the customer is happy since they pay lower rates. Local options, including Geisinger in Pennsylvania, SummaCare in Ohio, and Aspirus Arise in Wisconsin provide comprehensive provider networks and increased customer satisfaction.

However, as  “no underwriting” medical plans began to be implemented, the regional carrier started to face a major uphill battle. They didn’t have the volume of business being written like the “big boys.” Their reserves were at risk and more susceptible to multiple large claims. For instance, in Central Pennsylvania, Geisinger, a very-respected carrier, must compete with Capital Blue Cross, Highmark and UPMC. These three companies are much bigger and financially stronger, by being able to withstand large losses much easier.

Part of the ACA legislation previously mandated that everyone must be covered (unless you qualify for an exemption). But there was always a risk of consumers purchasing their policy only when they need it, although Open Enrollment deadlines swayed their decision. However, a significant problem occurred for any person that did not purchase mandated coverage, and suddenly needed expensive medical treatment. If the procedure/surgery could not wait until January 1 of the following year, it was not covered.

Previously, there was a tax imposed if you did not comply with the law. But the law was somewhat flimsy with little backbone. For families, a $2,085 or 2.5% of income (whichever is higher) annual tax was not a strong deterrence from avoiding paying a $1,500 premium.  And perhaps even a $750 premium. Enforcement did not drastically improve, and this portion of the ACA Legislation was removed. The lack of a mandate to purchase coverage has not had a significant impact on the cost of healthcare benefits in the US. 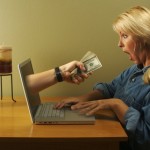 You May Be Eligible For A Marketplace Subsidy, Depending On Your Household Income

Although we doubt that the Blue Cross and/or Blue Shield companies will exit the marketplace, once the seven largest carriers are excluded, you may not have the safety and security that may be needed to survive. NOTE: Although many large carriers are public companies, and issue common and preferred stock, “Health Insurance Innovations,” (HIIQ), although public, does not offer Marketplace plans. They offer many ancillary products, and plans that do not meet ACA guidelines.

However, what we continue to observe,  is that these larger carriers are not participating in every state Exchange Marketplace. They are very choosy and selective about which areas of the country they write business. So it is possible that some states may continue to only have a few insurers writing business for a large number of  residents. Then, if the few remaining companies leave, the government may have to step in and somehow coerce companies to re-enter the marketplace.

FYI – The states with the most participating companies in their Marketplace are:

The states with the least participating companies in their Marketplace are:

The Future Of US Healthcare

Let’s look into the future…perhaps 10 years from now. What innovations will we likely see?  Imagine this idea: At the time you apply for coverage, you are given an option to furnish a strand of your hair. If you consent, you could qualify for a 25% reduction in your rate, since the medical information gathered by the insurer will help predict your future claim pattern.

Or try this one? Like most persons with coverage, you probably carry your policy ID card with you that contains your policy number, deductible, copays, the Network you use and other basic details about your policy. Imagine a “chip” that you either carry, or is imbedded under your skin that takes the place of the ID card. The chip technology is available, although not currently utilized with medically-underwritten policies.

Innovation in the healthcare field is here to stay. Most of the changes will have a positive impact on our daily routine, although many challenges still exist.  It will be very interesting to see  how quickly we see noticeable differences in those routines and how much money it saves us.