Preferred health care insurance plans are based on the medical condition of families and individuals that apply for coverage. A “preferred” rating is often given to applicants that don’t have any existing ailments and meet underwriting guidelines of the insurer. Of course, rates are typically lower when you earn this type of  classification. Typically, this type of medical underwriting applies to short-term, and other “non-compliant” policies. Thus, our discussion focuses mainly on non-Obamacare Marketplace coverage since ACA-compliant plans do not require medical underwriting.

Obamacare (Affordable Care Act) allows most consumers to apply for coverage without the risk of being denied. Although there are certain criteria (citizenship, residence, age, and income) that must be met, the vast majority of applications are approved. These (criteria) are mostly administrative requirements (such as being a US citizen) and most are not medically-related. You must also apply for coverage in the state where you reside. Thus, it is possible that choices may be quite limited compared to an applicant that lives in another state less than 10 miles away.

If you need health insurance coverage immediately, there are additional options either through the government or reputable insurers. Short-term or temporary plans can generally be approved within 24-48 hours, although benefits are different than a qualified Exchange plan. An SEP (Special Enrollment Period) also may be offered to a qualified applicant. The effective date can be within 60 days instead of waiting until January 1.

Many companies have a “Super Preferred” category which represents their lowest available premiums. However, you can still negotiate very affordable prices if you are not currently being treated for a serious illness or injury. And if you were previously treated for specific conditions, we help you find and compare the most suitable plans. Often, when purchasing non-Marketplace coverage, major carriers are not concerned with  conditions you were treated for more than 5-10 years ago.

Who Qualifies For A Preferred Medical Plan?

Different carriers, however, will have slight variations to these numbers. A few selected companies may vary from these examples by 15 pounds. And sometimes (mostly on “temporary” policies), you are not asked to disclose your height and weight! Whether you weigh 100 or 450, it may not make a difference. However, the available benefits on these types of policies may be limited because of the near-guaranteed approval feature.

Also, if an applicant weighs more than these suggested weight limits, it does not mean their application for coverage will be declined. They could be assigned a “standard” rating, which may slightly, but not significantly raise the amount you pay. But a combination of major weight problems along with multiple conditions could cause an underwriter to deny coverage or increase the premium. Occasionally, a different plan may be offered, which may contain some limitations. 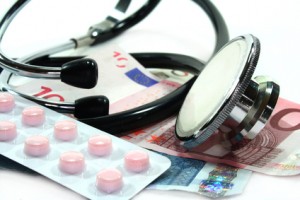 How Much Lower Are Preferred Rates?

Each company determines their own underwriting criteria and guidelines, but generally, a preferred classification is about 10%-20% less than a “standard”  in health insurance. Typically, the insured must be taking no medication (there are exceptions) and have no ongoing conditions (again…there may be exceptions) to qualify for the best rate. Chronic conditions, even in remission, can cause an application to be denied.

It’s possible that a major condition that occurred more than 10 years ago, may not impact the consumer’s premium. The big variable is the wording of the questions on the application. Often, applications for temporary coverage only review 5-10 years of medical history.

Many companies offer “modified”  classes that will often provide charges 25%-100% above normal. While this isn’t an ideal rate, occasionally it is a viable option that should be considered.  Sometimes, there are only a few different classifications. However, a few carriers will have many rate classes…even as many as 10 different ones!  Usually, Blue Cross has many tiers while UnitedHealthcare, Humana, and other carriers have less. NOTE: There are only TWO classes for Marketplace plans – Tobacco and Non-Tobacco. Prior medical conditions are not applicable.

Regarding existing conditions, if an applicant for  coverage takes medications for high blood pressure and high cholesterol, and is also 35 pounds overweight, it is possible the policy will be approved. However, the issued rate may be 75% higher than the original estimate. This “modified” increase does not impact the benefits of the policy, just the cost.

If there are other family members applying for coverage, their risk could be viewed as  more favorable and receive a much more attractive offer. Or, certain applicants can be accepted while others are denied. A carrier can pick the applicants it wants to approve.

Other common conditions that can cause the original quoted premium to increase are restless leg syndrome,  irritable bowel syndrome, gout, asthma, seizures, arthritis, headaches, and sleep apnea. Keep in mind that this is not an all-inclusive list and the severity of the condition will affect the cost of the policy. On most underwritten plans, insulin-dependent diabetics will be declined so perhaps we can suggest other alternatives. Diabetes controlled by diet often is not a major condition. 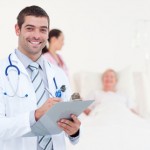 New Healthcare Legislation Will Help You Qualify For “Preferred” Rates

Underwriting guidelines for Obamacare coverage changed in 2014 when all policies became guaranteed approved and all underwriting (OK, most of it) ended. Smoking , as earlier mentioned, became the only underwriting criteria allowed. Of course, your age and residence location are considered when the carrier determines their rate offer. Open Enrollment usually begins in November and lasts for three months.

Are Some Medical Insurance Plans Better Than Others?

Yes. The most expensive policies will often have low or no major medical deductible. For example, often HMO plans will contain a small daily maximum expense instead of a larger deductible such as $2,500. Many PPO plans offer low deductible options (such as $250 or $500), which can raise the rate as much as 25%-40%. If you are in reasonably good health, a low deductible is typically not advisable. An HSA may be a better policy option.  Other low cost plan information can be found here.

Depending on the carrier and state you reside, you may see a “Cadillac” plan that features extra benefits such as brand-name prescription benefits with no deductible to meet, enhanced mental illness coverage and first-dollar coverage on hospital claims with no coinsurance or deductible. These plans are very expensive, so unless your employer is paying the cost, it may be more cost-effective to purchase a policy that costs less. A higher deductible could drastically cut your health care expenses.

Other forms of insurance, such as dental, life and vehicle plans, will also have preferred classifications. But health care is clearly the most intriguing, since in many instances you can change your behavior and improve your own class. When you request to view rates at the top of the page, you’ll be able to determine your own personal rating and compare offers from different companies.

Final Note: The “preferred” ratings and classifications discussed in this article pertain to non-Marketplace and Exchange plans that are purchased outside of Open Enrollment periods when a “qualifying life event”  is not available.