The Ten Worst Health Insurance Policies In The World

Horrible health insurance coverage. Incredibly expensive rates. No surgery or procedure covered. Must drive 500 miles to visit the nearest network physician. And you thought your healthcare plan was miserable. Take a look at our tongue and cheek comparison of the 10 worst medical plans in the history of mankind.

1. Terminator 200 from Purple Cross Purple Shield. Popular in European countries, this policy charges you $500 for every claim you submit. It only pays 10% of  medical expenses, and features a $50,000 deductible. The maximum out-of-pocket expense limit is $1 million. The price is cheap, but once you reach more than 10 submitted claims in a year, you have to run 50 miles, swim 1000 laps, and complete 1000 sit-ups.

And after you paint your house and stain your deck, you’re finished. As you may have guessed, they lose a lot of their customers. A $5,000 termination fee also applies, and is double for an accidental death. Don’t expect any customer service since all operators never returned to work after realizing their government subsidy was more than their prior income from employment.

2. Cub Fan Plan from Chicago Fire, Tornado, And Health Insurance Company. Based in Illinois, this company was founded in 1977 for the convenience of Chicago Cubs baseball fans that needed healthcare. The monthly premium is a flat $195 per month per person, which is fairly reasonable. The maximum family rate is $780 per month, although a 20% surcharge is applied for October (World Series). 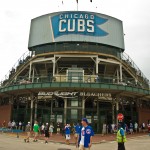 However, you can only submit claims during the baseball season, and only on days when the Cubs win. This, of course, presents problems when the Cubs are having an off-year (which is often!), or the off-season when no claims are approved. Of course, it could be worse if the Cubs finished last every year, which fortunately, they don’t. Note: After the Cubs won the World Series five years ago, rates were reduced by 12%, and all covered members received a free MRI. If the Cubs don’t win another World Series by 2025, the monthly rate will increase from $195 to $695.

3. Afghan Plus from Afghan National Insurance. Considered the best policy in Afghanistan, premiums only cost four goats per year, which is relatively cheap. But treatment is negligible, since the constant battles between feuding tribes leaves most of the country unsafe for travel. Uber is not yet available and Amazon only delivers on Tuesdays and Fridays.

If you need treatment, you can request a visit from a nearby tribal doctor, which will typically take a few months. If the doctor doesn’t show up, you can file a complaint with  the nearest Court, which doesn’t exist yet. There are numerous caves, which supposedly have special healing properties. For others, it doesn’t work out so well. Bitcoin is accepted for premium payments, although goats are the preferred mode of payment.

4. Platinum Minus from Congressional Healthcare Inc. This plan is the same coverage the Congress receives, which means 100% of every imaginable medical expense is fully covered. Quarterly bonuses include free gift cards from selected retailers. No deductible, copays or coinsurance. OK…There is one slight problem.

Unless you are an active member of Congress, you need to go to the Netherlands to be treated. It’s only  an eight-hour flight from New York to Amsterdam which isn’t so bad. Just don’t get sick on the flight because you’re not covered! However, the movies are free, and you’ll have just enough time to watch three feature films. Although no physicians or medical staff is on the plane, dozens of YouTube videos can assist with the treatment of minor conditions.

5. The Reuben from Deli Fire, Medical And Casualty Company. This policy made our list because they don’t provide any worthwhile treatment. The only benefit to paying your premium is that you receive free Reuben sandwiches. For example, if you need an appendectomy, the company underwriter will tell you to eat 12 Reubens and all will be fine.  Hospital stays more than two days  will require 28 Reubens. And that’s also  how you pay your premiums.

A simple x-ray will require only three sandwiches while open heart surgery will require 90 sandwiches. If you have a chronic illness that will require expensive treatment, open-faced roast beef sandwiches are accepted for payment. Knee and hip replacements require soup and sandwiches to satisfy billing requirements.

6. Copay Schmopay from Wildlife  Health Associates. This insurer took advantage of new legislation that allows any company to begin offering policies as long as they obtain 500 signatures on a petition.  Since they specialize in bird-watching and calculating the air speed of an African Swallow, medical plans are not their specialty. And obviously, they don’t like copays either!

Their motto is “Our Policies Have Wings.” We’re not quite sure what that means. But we do know that their entire staff flies South for the Winter and can not be reached from December through February. So obviously, they don’t offer policies during Open Enrollment. As temperatures begin to rise, more of their local offices re-open, and are available for customers.

7. Silver Prime from Toronto Indemnity Inc. The primary problem with this Canadian provider is that they are huge hockey fans. As a result, three days per week are considered “Hockey Night In Canada,” (even during the off-season) and no claims are paid for treatment during those days. If the Canucks or Maple Leafs lose, the cost of treatment doubles.

So if you were unfortunate enough to have a surgery or any other procedure during those dates, you medical bills will not be paid. It’s cooky and irresponsible. But Toronto Indemnity has been doing it for decades. At least it’s an improvement from the 1960s when “Hockey Night” was five days per week instead of three.

I Think I’ll Skip This Company

8. Bizarre Copay from Zimmern Edible Plans in New York. Yes, it’s Andrew Zimmern, who hosts the popular television show “Bizarre Foods.”  But we bet you didn’t realize that he started a company that offers affordable Obamacare health plans. There are a few oddities though. You don’t pay premiums. Instead, you agree to eat 100 insects each month, and your coverage is provided free. Grubs and worms may be substituted for the insects.

If you complete the “Tasty Bug Awareness” preventive online course, you immediately become eligible for a federal subsidy. Of course, you won’t receive cash. Instead you will receive vouchers that are redeemable for deep-fried crickets at one of 200 government-approved restaurants across the US. Don’t worry about getting a reservation. They’re rarely crowded.

9. No Claim No Gain plan from UnitedStealthShare. It’s a simple concept. Prices are great. You can use any doctor, specialist or hospital in the country. Pre-existing conditions are covered and alternative treatment is encouraged. However, all claims are denied. Submit your calim 20 times and it won’t make a difference.

In an effort to reduce expenses, the claims approval department was eliminated. Customer service employees may be the next casualty since complaint callers now must pay $1.95 per minute to leave a message. However, your complaint is promised to be addressed…after a 48-month waiting period.

10. Teletubbies National. Yes…Laa-Laa, Dipsu, Po and Tinky-Winky are running this health insurance company. As you might expect, they specialize in pediatric coverage, with special emphasis on mental illness benefits. Plan availability is limited, since network providers are forced to dress like the Teletubbies characters. Typically, they elect to opt out of the network.