How To Find The Cheapest Catastrophic Health Insurance Policies

Review and compare low-cost health insurance policies easily and quickly on our website. Get free quotes in seconds from the top-ranked companies that offer budget-friendly inexpensive plans. Whether you’re applying for Marketplace coverage with a federal subsidy, or you missed Open Enrollment, we show you the least expensive options that will save you money.

Although it’s difficult to pinpoint who is truly the “top” catastrophic health insurer, all of the large providers offer very affordable high-deductible plans through a Marketplace, an employer, or privately. Depending on where you live, rates could be quite different. So it’s important to compare premiums of many carriers instead of just one or two. Also, the insurance you’re considering should be considered “credible” coverage and not a policy from an unrecognized company. Most of the well-known carriers offer cheap options, both on and off the official Exchanges.

When purchasing an Exchange (Marketplace) plan, Platinum, Gold, and Silver-tier options are usually the most costly. However, the “catastrophic” plans are separated, since they are sometimes the most affordable type of ACA-compliant policy offered. You must be under age 30 to enroll, or qualify for a special financial hardship exemption. Bronze-tier plans are also fairly inexpensive, and are eligible for federal subsidies, unlike catastrophic plans available through the Marketplace. Often, a Bronze-tier plan will cost substantially less than a catastrophic plan because of the instant tax credit.

Exception: If you’re household income is below 200% of the Federal Poverty Limit (FPL) guidelines, special “cost-sharing” is available only on Silver plans. However, if you qualify for a large subsidy, a Silver-tier plan should be strongly considered. The rate will be attractive, and deductibles, copays, and maximum out-of-pocket expenses will be low. The largest cost-sharing subsidies are given to applicants with  income up to 150% of the FPL.

Some of these exemptions include:

Eviction within the last six months.

Utility company (gas or electric) has threatened to cut off service.

Death of a close member of the family.

Current healthcare plan was cancelled and you can not afford other Exchange plans.

Medicaid Ineligibility due to lack of state expansion.

Bankruptcy within the last 180 days.

Flood, fire or other natural disaster.

High-deducible  plans (HDHP) reduce your overall cost for medical care by providing coverage for most large expenses, such as  hospital visits, ER room charges, anesthesia, semi-private room charges, hospital fees, professional fees of health care providers, and drugs administered in the hospital. Often utilized in conjunction with HSAs, the combination of the two policies provides low-cost premiums and the availability of making tax-free contributions to pay for medical, dental and vision expenses. Medicare-eligible Seniors can enroll in Part G (HD) plans that provide lower premiums and 100% coverage after a deductible is met.

If you are age 55 or over, an additional $1,000 contribution is allowed to help you “catch up” for years that you may have missed. And the purchase of long-term healthcare premiums is still an approved withdraw from your HSA account. The tax penalty for misuse of deductible purchases is 20%. The full details of  2022 changes are found in this IRS release.

These types of plans provide preventive benefits that do not require you to meet a deductible, waiting period or copay. In 2014, due to changes in the law, many women’s preventive benefits were added including birth control. However, there are several “non-compliant” contracts that will keep premiums low by placing a deductible on preventive benefits and excluding coverage for pre-existing conditions. Short-term and limited-benefit plans are two examples.

Four years ago, more extensive birth control coverage was also added along with a few other changes. State and Federal Exchanges began allowing consumers to purchase coverage without evidence of being insurable. Be sure to constantly check our website for updates including free tax-credit calculators that determine what tax relief you may receive. Your federal subsidy must be re-calculated each year as you estimate your household income for the next calendar year.

We Find And Compare The Cheapest Plans

Our specialty is finding affordable medical plans, so we take the time to investigate the most reputable companies. The rates on our website are the most competitive found online, or published. You can easily view your personal options by completing our free quote request form. Most carriers offer a simple enrollment process and physicals are not required. Generally, the first premium is due on the effective date of coverage.

If you are applying during Open Enrollment (or qualify for a special lifetime event exemption), you won’t have to provide any medical information, and your height/weight, pre-existing conditions, and pending treatment or surgeries will not be a factor in determining the cost of your policy. Only your zip code, age, smoking status and type of plan will impact prices of coverage.

There are no costs to apply for a conventional policy and the approval time is usually less than 14 days. If additional information is required by the Department of Health and Human Services (HHS), typically it involves verification of prior income or residency/citizenship issues. Although rarely requested, you are generally provided up to 60 days to furnish the needed information. We can help you expedite the process and ensure you are remaining compliant. 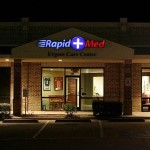 One of the top major medical policies was previously the “Select Saver” plan through UnitedHealthOne. Recognized as one of the most affordable  policies in the nation, this plan offered deductible choices of $6,350 in most states. There was no lifetime maximum limit,  and deductibles were limited to two per family per year. A prescription discount card was included to help reduce the cost of medications. However, after the deductible was met, there were no out-of-pocket expenses.

The first three non-preventive office visits were covered for the actual exam and history. For specialist and Urgent Care Center visits, the negotiated Network discount applied until the deductible is met. Then, 100% of all expenses were paid by UnitedHealthcare. Maternity and mental/nervous disorders were also covered in full after the deductible had been met.

For example, although you were responsible for paying most office visit, specialist and drug expenses, since you were saving a few thousand dollars per year in premiums, that was enough to offset the missing benefits. Although no longer offered, similar options have become available in most states.

NOTE: Although many older policies are no longer available, they have been replaced by a combination of low-cost plans offered through the Catastrophic and Bronze Tiers. Although the maximum out-of-pocket expenses can be high ($8,700 for an individual, and $17,400 for a family), pricing is fairly affordable, and many benefits are not subject to a deductible.

Coverage For Less Than 12 Months

Short term health insurance coverage provides extremely inexpensive temporary medical benefits. This type of policy is often used if your need  coverage  less than 12 months. Premiums are substantially lower than traditional healthcare plans, and policies are often approved within 24 hours. Notification can be easily emailed so you know the decision as quickly as possible.

In selected situations in several states, the combination of short-term coverage and a supplementary benefit plan, can provide fairly comprehensive coverage at a much lower cost than conventional Marketplace plans. However, utilizing this option can result in large major medical bills if you exceed your cap, typically, between $250,000 and $1 million. Also, a 2.5% IRS penalty (on your household income) must be paid when you file your federal income taxes the following year.

Although pre-existing conditions are not covered, short-term plans are popular if you are not working, between jobs, a student that just completed school, or waiting for Medicare coverage to begin. Most of the large  insurance companies offer these types of options to their policyholders. Usually, you can renew a policy one time before having to apply with another carrier.

Since Open Enrollment is offered annually, it might only be a few months before you are eligible to apply for guaranteed benefits, with pre-existing conditions covered. Also, if you need surgical treatment, and it can be delayed, waiting until the next enrollment period will allow you to maintain basic benefits in the meantime. NOTE: Short-term plans, although quite affordable, are best utilized as stop-gap options if you missed the OE deadline.

Most Blue Cross companies feature a catastrophic plan with low rates and high deductible options. Some of these Blue Cross policies are classified as “High Deductible Health Plans” (HDHP) and are eligible for HSA coverage. Typically, HSA plans provide a much broader coverage once the deductible has been met. Often, the policy pays 100% of all covered medical expenses, with virtually no out-of-pocket expense.  0%, 10%, and 20% are the most popular coinsurance options.

Each state has different Blue Cross plans and we’ll be happy to review which plan in your state offers the coverage you need, but at a cost you can afford to pay. BCBS policies are popular, since their networks are usually larger than other carriers, and they are able to negotiate lower medical costs for yourself and family members. With Aetna, Humana, UnitedHealthcare, and Cigna exiting Marketplaces in many states, BCBS is the most reputable and reliable insurer in most areas.